Michaela DePrince: The war orphan who became a ballerina

Michaela DePrince: The war orphan who became a ballerina 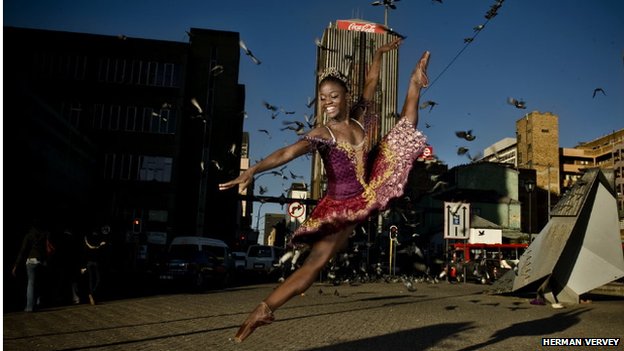 A professional stage debut is a huge event in the life of any ballerina, but Michaela DePrince's recent tour of South Africa also marked the end of an extraordinary journey from her childhood as a war orphan in Sierra Leone.

"I got out of a terrible place," says DePrince. "I had no idea I would be here - I'm living my dream every single day."

She was born in Sierra Leone in 1995. Her parents named her Mabinty, but after they both died during the civil war, she was sent to an orphanage, where she became a number.

"They named us from one to 27," she recalls. "One was the favourite child of the orphanage and 27 was the least favourite."

DePrince was number 27, because she suffers from vitiligo, a condition in which patches of skin lose pigmentation. To the "Aunties" who ran the orphanage, it was evidence of the evil spirit within the three-year-old. She still recalls the fierce antagonism of the women.

"They thought of me as a devil's child. They told me every day how I wasn't going to get adopted, because nobody would want a devil's child," she says. 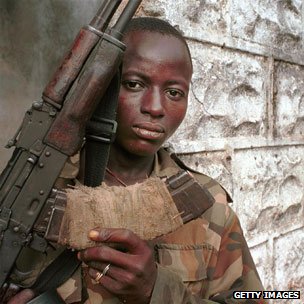 Although the other girls in the orphanage were encouraged not to play with her, DePrince formed a close friendship with child number 26, also called Mabinty, who was disliked by the Aunties because she was left-handed.

The pair shared a sleeping mat. At night, when Michaela had bad dreams, her "mat-mate" would soothe her with kind words and stories.

There was one teacher who took an interest in DePrince and used to stay after class to help her with schoolwork. The two of them would walk together every night to the orphanage gate to say goodbye, and while they were performing this farewell ritual one evening three rebel soldiers passed the gate.

"Two of them were drunk - the third one was a younger boy," DePrince remembers. "My teacher was outside the gate and I was still inside. The two older rebels come and saw that she was pregnant."

Sierra Leone's civil war, which raged for more than a decade, was notorious for the atrocities committed against civilians. Pregnant women were victims of a special kind of mutilation - soldiers would cut open women's bellies to see what sex the foetus was.

"If they found a boy they would let the woman go, or kill the mother and save the child," DePrince says. "But they found a baby girl when they cut my teacher's stomach open, so they cut her arms and legs off."

DePrince says that the younger boy, perhaps in an effort to impress the older soldiers, took a machete to her stomach too. She blacked out - but was rescued when her mat-mate raised the alarm. 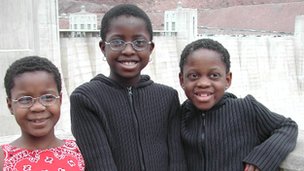 Her memories of early childhood are fragmentary - moments of piercing clarity which have been reassembled in date order. She believes it was soon after witnessing the killing of her teacher that she stumbled upon something that was to shape the rest of her life - a discarded magazine.

"There was a lady on it, she was on her tippy-toes, in this pink, beautiful tutu. I had never seen anything like this - a costume that stuck out with glitter on it, with just so much beauty. I could just see the beauty in that person and the hope and the love and just everything that I didn't have.

DePrince ripped the photograph out of the magazine and, for the lack of anywhere else to keep it, stuffed the treasured scrap in her underwear.

One day, the orphanage was warned it would be bombed and the children were marched to a distant refugee camp. Here DePrince learned that her beloved mat-mate was to be adopted.

An American woman, Elaine DePrince, had come to the camp to adopt child number 26, now called Mia. For a moment, Michaela was distraught because she believed that all the other children would be taken to new homes and she would be left behind.

But abruptly there was a change of plan. When the Aunties told Elaine DePrince that Michaela was unlikely to find another home, she decided to adopt both girls.

Michaela remembers struggling to understand what was happening. She was intoxicated by the American woman with her dazzling blonde hair, but there was something else on her mind too.

"I was looking at people's feet because I thought: 'Everyone has to have [ballet] pointe shoes, they have to have pointe shoes because these are people from the US!'"

Not only was Elaine not wearing any pointe shoes, but as Michaela found when she looked through her suitcase that night, she had none in her luggage either.

"We found a Nutcracker video and I watched it 150 times," Michaela says.

When they finally went to see a stage performance, she was able to point out to her mother the places where dancers had missed their steps. 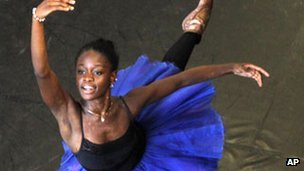 Elaine enrolled five-year-old Michaela in the Rock School of Dance in Philadelphia, making the 45-minute drive from New Jersey every day.

But DePrince remained a shy girl, painfully self-conscious of her vitiligo. "That was all I would think about when I was on stage. I had trouble looking at myself in the mirror," she says.

Instead of glorying in the glittery tutus and bodices that had drawn her to ballet, she covered herself up whenever possible with turtle-neck jumpers.

One day, DePrince asked one of her ballet teachers if she thought her skin condition might hold back her career. The teacher asked her what she was talking about. She hadn't even noticed the pale patches on her skin - she'd just been watching her steps. That was a significant moment for her.

But, she says, being a black ballet dancer is hard, even in the US. She thinks the problem is that in the corps de ballet - the group of ballerinas who are not soloists - girls are supposed to look the same.

"It is a challenge," she says. "If you look at [ballet] companies you won't really see any black girls. You might see a mixed-race girl but there are only one or two black soloists in the whole US."

Now 17, DePrince recently completed a tour with the Dance Theatre of Harlem, many of whose dancers are African-American, or mixed-race.

"I have become more upbeat - I used to be very shy," she says.

"Now I've grown up and I'm so happy with the way things are turning out."

Michaela DePrince spoke to Outlook on the BBC World Service. Listen back to the interview via iplayer or browse the Outlook podcast archive.