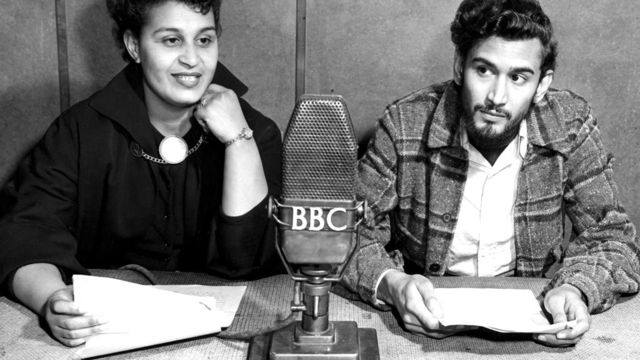 Next year will mark the 70th anniversary of the first broadcast of Caribbean Voices on BBC radio. Caribbean Voices was a weekly radio programme for the Caribbean literati of the day, both resident in the Caribbean and the United Kingdom. It started off life as the BBC programme Calling the West Indies providing a vital connection between Caribbean soldiers in the British army and their families at home by broadcasting troops reading personal letters to their loved ones. The Jamaican feminist activist Una Marson broke through multiple barriers of prejudice not only to work for the BBC on Calling the West Indies in 1941 but transform it in 1943 to create Caribbean Voices, becoming the programme’s first producer.

The BBC understood the value of the listenership they had in the Caribbean. Between Jamaica, Trinidad (now Trinidad and Tobago), British Guiana (now Guyana), the Winward Islands (now Dominica, Grenada, St. Lucia and St. Vincent) there were an estimated 93,000 radio sets in use[1]. In consideration of the audience numbers and the British Government’s anti-communist agenda at the time, the BBC perceived that a programme made by Caribbean people for Caribbean people would be effective in capturing the attention of the estimated three million listeners in the region. It was under Marson’s stewardship that the show expanded from a twenty-minute slot to an hour long programme which relied upon the Caribbean for contributors and content.

By 1943 the programme had become a buzzing and lively forum for ‘poets, playwrights and prose writers - amateur and professional’[2] providing a seemingly solitary but powerful outlet in the mass media for Caribbean intellectuals. The programme showcased the work of Caribbean writers such as Kamau Brathwaite, Sam Selvon, George Lamming, V.S. Naipaul and Derek Walcott, Andrew Salkey, people who had all made the journey to London in a bid to find outlets for their art.

People who began as contributors ended up with regular roles on the programme. V. S. Naipaul served as editor from 1954 to 1956 and Andrew Salkey presented the show from time to time. However, the programme was so much more than a stage for these artists. The legacy of the programme for Caribbean intellectuals was immense. The few Caribbean contributors in London during the 1940s formed the basis of a network which many others would join as time went on. Caribbean Voices is also acknowledged as the beginnings of an invaluable publishing outlet and critical forum for Caribbean writers.

Some of the programmes provided ‘rare opportunities for West Indians to discuss their perspectives on life’ in Britain[3]. (Darrell Motley Newton Ph.D, ‘Calling the West Indies’) One of the many innovative contributors was the poet Louise Bennett who would recite poetry in Jamaican patois, appealing directly to her audience.

Described by Kamau Brathwaite as ‘the single most important literary catalyst for Caribbean creative and critical writing in English’[4] and by the BBC as the kick-start to ‘a literary tradition in the region’[5], Caribbean voices provided a platform for the presentation of a broad and varied range of Caribbean experiences. It was created by a Jamaican woman and presented to the Caribbean people. It was presented by Caribbean people who knew the importance of remaining connected with home and the power of Caribbean Voices.

[1] According to a report from the US Information Agency dated July 1, 1954 that listed radio sets for the Western Hemisphere before the war. Ref number E3/981, BBC WAC, Reading, England, cited by Darrell Motley Newton Ph.D, ‘Calling the West Indies: the BBC World Service and Caribbean Voices’, The Open University, p. 7. < http://www.open.ac.uk/socialsciences/diasporas/conference/pdf/calling_the_west_indies.pdf> (13 August 2012)