Genes may help, but Caribbean Olympians were nurtured to success

Genes may help, but Caribbean Olympians were nurtured to success 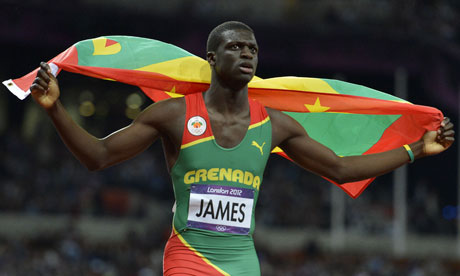 Where does great achievement come from? In the minutes before Bolt, Blake and Weir of Jamaica took 1-2-3 in the 200m, the BBC played a short film which suggested that black athletes won medals because of "west African genes" and the unnatural selection of the "fittest" by plantation slavery. If either of these were sufficient explanation then such centres of new world slavery as Haiti and Brazil would also be athletic superpowers, as would Senegal, Nigeria, Ghana, Angola, and the Congo from which most slaves came, and the United States itself would not be increasingly pushed into the shade. Genes may help, but only one part of the African diaspora has won disproportionately in Beijing in 2008 and London in 2012.

The Caribbean islands (including Cuba, which won more than any South American country), won 14 gold medals in London, placing it behind only the US, China, UK, and Russia (with other golds won for France, the UK and the US by Caribbean athletes). With a population of less than 20 million, and a combined GDP lower than Portugal's, the Caribbean dominated both the 100m and 200m in London as in Beijing. Kirani James of Grenada (population 100,000) took the 400m, while the Bahamas defeated the United States, which had 1,000 times its population, in the men's 4x400m metre relay. Other medals came in shooting, javelin, wrestling, taekwondo, and judo. This key to this extraordinary overperformance relative to population, compared even with other communities of African descent, is not genetics but social democratic politics.

The Caribbean was the third-world laboratory in which reformist and revolutionary socialism had its most extensive 20th-century play. In the decades after slavery ended, Britain's West Indian colonies had been cruel places for its black and poor subjects: in Barbados in 1919, for example, only two out of every three babies born lived to the age of one, while life expectancy was under 40.

In 1942, the governor complained to London that wartime propaganda fell on deaf ears as "no recital of horrors sustained in occupied countries will convince [the West Indian poor] that its present lot could be worse". But a wave of strikes and riots in the 1930s launched trade unions and political parties around the Caribbean. Britain's concession of universal suffrage in the 1940s and early 1950s produced popular governments across the region which created modern tax systems, protected trade unions which won better wages, and invested over decades in free or near-to-free health and education. The consequences of this were dramatic improvements in health, life expectancy, and physical stature. Sports facilities, like theatres and music education, became things to which the poorest people now had access. As a result, the Caribbean in the late 20th-century became perhaps the best place in the world to be born poor and black.

Usain Bolt and Yohan Blake, the Jamaican and Trinidad quartets in the 4x100m relay, and the Bahamas and Trinidad quartets in the 4x400m, are the product of three generations of improved social conditions. They are certainly emblems of what the Caribbean has made of half a century of political independence. But they symbolise, as much as the NHS beds of the opening ceremony, what welfarist democracy achieved in the 20th century. Societies that make the needs of poor into their priority make possible the fullest realisation of human potentials. Individuals may achieve great things, but only on the basis of collective investment. This should be the lesson Team GB takes from the London Olympics.