Acceptance rate among this year's intake was 14%, an improvement on last year's admissions round 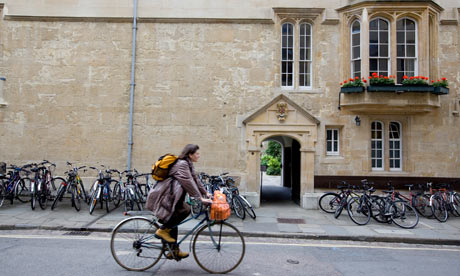 Oxford University says it 'will work hard to continue improving' the number of black students. Photograph: Martin Argles for the Guardian

Oxford has accepted 32 black students for undergraduate study this year, the highest number in 10 years, the university has disclosed.

The acceptance rate for black students among this year's intake was 14%, an improvement on last year's admissions round, when 8.8% of black applicants were successful compared with 24.1% of white applicants.

A spokeswoman said: "The university will work hard to continue improving these numbers."

David Cameron raised hackles at Oxford in April when he described its low intake of black students as "disgraceful". Speaking at a PM Direct event in North Yorkshire, he said: "I saw figures the other day that showed that only one black person went to Oxford last year. I think that is disgraceful. We have got to do better than that."